The psychological effects of prison 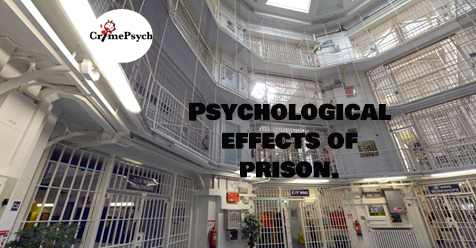 With the second wave in full flow in the UK, we have all begun to feel the psychological strain of having our movements restricted. This has had an even bigger impact on the prison population who were already restricted. Even before the Covid-19 pandemic, there was a recognition that those entering the prison service have mental health needs that need addressing. 26% of women and 16% of men said they had received treatment for a mental health problem in the year before custody.

The World Health Organisation’s Health In Prisons Program (HIPP) was established in 1995 is to support Member States in improving public health by addressing health and health care in prisons, and to facilitate the links between prison health and public health systems at both national and international levels. HIPP has since developed into an international movement to promote health in prison settings.

HIPP’s main activity is to give technical advice to Member States on the development of prison health systems and their links with public health systems and technical issues related to communicable diseases (especially HIV/AIDS, hepatitis and tuberculosis), illicit drug use (including substitution therapy and harm reduction) and mental health.

Whilst this sounds perfectly reasonable on paper, it is rarely delivered to this standard. 70% of people who died from self-inflicted means whilst in prison had already been identified as having mental health needs. However, the Prisons and Probation Ombudsman (PPO) found that concerns about mental health problems had only been flagged on entry to the prison for just over half of these people. Self-inflicted deaths are 8.6 times more likely in prison than in the general population.

Prison needs to be a careful balance between punishment and rehabilitation. However, the structure has not changed much in modern times. The WHO agrees with the prison reform trust that prison should provide an opportunity for personal development, without harming self or others. However, self-inflicted deaths are much more likely in prison compared to outside.

In thinking about the functions of prisons in the 21st century, it’s useful to identify the problems that contribute to offending, and then think about how imprisonment relates to them. Many people in prison have hurt other people, and what follows is not intended to excuse that behaviour in any way. Much of the evidence about the damage caused by prisons is focused on offenders, and not on their families or prison staff. Yet, prison staff are also affected by many of the same problems, including stigma, a risk to personal safety, and poor working conditions. Prison Reform Trust researchers have found that the vast majority of staff are dedicated professionals, who struggle, against the odds, to work with prisoners.

Knowledge about the ways imprisonment routinely harms people should be a cause for concern for anyone who aims to reduce reoffending. Because of the way prisons operate, even the best are likely to contribute to the loss of housing, the break-up of families and social support networks, and long term unemployment.

The psychological effects of imprisonment go beyond the offender. Families and loved ones often feel the strain of reduced contact, social isolation and financial hardship. One of the main concerns of prisons should be to support offenders to reform and make better choices in life. I order to do this, it is necessary to understand why people might offend in the first place. The reconviction rate for people coming out of prison with one previous prison sentence is 41%. For those with four previous prison sentences, the reconviction rate is 57%. And those with six to ten previous experiences of prison are reconvicted at a rate of 65% (MoJ, Table A9, page 30). Therefore, more needs to be done to support and rehabilitate offenders rather than focus solely on punishment.

Many of those who are incarcerated have experienced neglect or abuse during childhood. When women are separated from their families because they have offended, it may evoke guilt and depression, and memories of their childhood neglect. It does not make sense to take people who have experienced abusive relationships as children and send them to places that inevitably destabilise any relationships they may have built up. Yet, proximity to home is a low priority for the Prison Service. And for everyone, prisons limit access to families. Even telephone calls are restricted to certain times, and at exorbitant rates negotiated with BT. Social isolation makes it more difficult for the person to interact with others on release. Social isolation can also increase the risk of reoffending.

Theft, drug-dealing, and robbery are also far more widespread than outside. The risks prisoners must live with creates trauma and stress which affect prisoners and prison staff.

There is also a risk of violence and intimidation. This can make prisoners and staff feel more stressed and may lead to staff sicknesses.  However, in contrast, the pressure on prison governors is to reduce staff numbers, which further undermines their ability to prevent violence.

High-risk environments such as these influences people’s attitudes towards violence. A US study concluded that prisoners come to “believe that unless an inmate can convincingly project an image that conveys the potential for violence, he is likely to be dominated and exploited throughout the duration of his sentence” (McCorkle, cited in Haney, 2001).

The Chief Inspector of Prisons stated, “There is nothing worse for the mental well-being of those who find it difficult to cope with life in prison than being idle” (HMCIP, 1999: 62). Engaging in activities that are genuinely productive and experienced as meaningful can help prisoners to feel that their time inside has purpose. However, such opportunities exist for a small minority. The lack of meaningful activity is not evenly distributed. It is even more restricted under the current conditions of social isolation during the pandemic.

As a nation, I believe we are facing one of the most challenging and psychologically demanding times. This is even more marked for the current UK prison population. Many are being locked in their cells for 23 hours per day with no social interaction. There is a danger that these prisoners will not emerge as well-adjusted individuals who can contribute in a meaningful way to society.

The continuous caused by social isolation, lack of meaningful activity or contribution within their surroundings, and stress caused by the increase in violence and lack of long-term hope may well cause instances of post-traumatic stress disorder. Stress affects people mentally, physically and cognitively, with results ranging from psychological exhaustion and burnout. Watch my recent telephone interview with a current UK prisoner about what current conditions are like. https://youtu.be/UtMb-AbXWT0

This will have significant consequences for the long-term future of society and prison life. It is an issue that should be addressed and dealt with now.