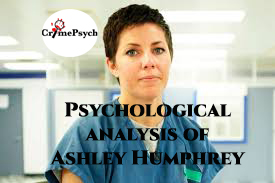 This case examines the murder of Sandra Rozzo in 2003. She was shot 8 times at point blank range by Ashley Humphrey. Humphrey had never been in trouble with the law before this point and claimed that she was made to kill her by her Husband, Timothy Humphrey who was known as Tracey to his friends. She was 20 years old at the time of the shooting and claimed he was abusive and controlling. Timothy was 16 years older than her when they married. Rozzo, Timothy Humphrey’s ex-girlfriend, was due to appear in court to testify against him on battery and sexual assault charges in Florida in 2003. However, she was murdered before she could testify. Although Ashley was the person who shot Sandra, she took a plea deal for a lesser sentence as long as she testified against her husband. Ashley Humphrey was sentenced to 25, while Timothy Humphrey is serving life.

Listen here or wherever you get your podcasts